From a photo project springs a thought about not giving up.

I’ve been so busy lately I didn’t have time to go out and make an image for this weeks theme of “Blue,” for the 52 Week Photo Project, sponsored by LensProToGo, that I’m participating in. I’ve tried to create images each week that fit the weekly themes, but as mentioned in my last post, I’ve been a little busy with another project, so it was off to the archives.

After searching through my Lightroom catalog I came up with this one, an image I titled 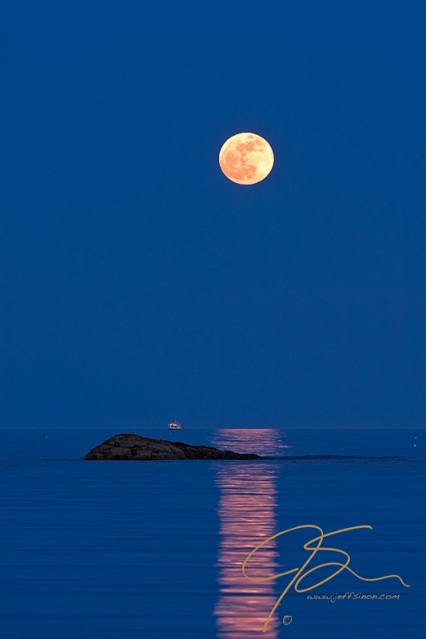 While deciding to use this image, it occurred to me just how close I came to not being around to make it.

Is moonrise without the moon really moonrise at all?

I had planned the shoot down to the last detail. I knew what time moonrise was supposed to be, most importantly, using The Photographer’s Ephemeris, I knew where it was going to rise and where I needed to be to get the shot I was after.

I headed to the coast in hopes of capturing the May 5th “Super Moon” rising behind the Isles Of Shoals, a small group of islands off the coast of New Hampshire. But the moon seemed to have other plans.

Unfortunately, there was a large bank of clouds out on the horizon as I arrived at the coast. That was not going to be good for the photo I wanted to make. But I didn’t have a plan B.

Patiently I waited. Moonrise came and went, no moon. Five minutes, ten, fifteen minutes passed, still no moon. My wife texted me to see how it was going, and I told her I might pack it in and head home. I was going to give it a few more minutes, but since the shot I wanted wasn’t going to happen I didn’t see the point in sticking around.

With one last look before I started packing up, I thought I saw a glimmer of light in the clouds. So I waited. Sure enough, the moon overcame its stage fright and gave me a little peek.

Then a little more…

This was starting to get interesting. 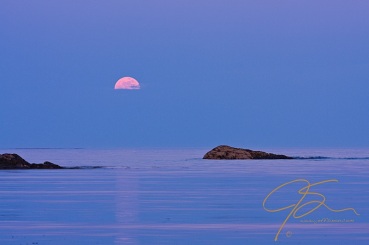 Unable to distinguish the clouds from the sky due to the light, the moon seemed to appear out of nowhere. If I hadn’t seen the clouds on the far horizon when first arriving, I would not have even known they were there. 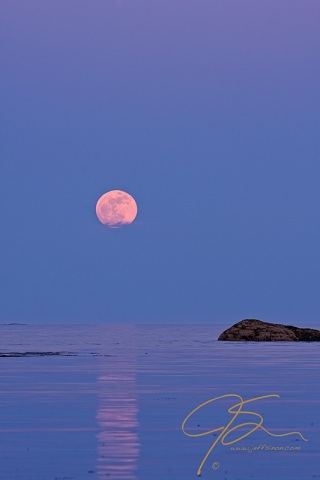 The “Super Moon” finally comes completely out of hiding behind the curtain of clouds. After all the waiting, I didn’t get the shot I came for, but I left with something totally unexpected, completely different, and I think better, than the shot I had originally planned for. I had absolutely no idea that ship would be in the area, that was a bonus I hadn’t even considered.

That few extra minutes, that’s all it took to make what I thought was going to be a wasted trip and turn it into a very successful one.