June 24th, 2012 was going to be the day I photographed sunrise from the summit of Mt. Washington, NH. The mountain on the other hand was not informed of this plan and did its best to thwart the effort.

The tallest peak in the Northeastern U.S., Mt. Washington’s claim to fame is being “Home to the worlds worst weather,” where on April 12, 1934 a wind gust of 231 mph was recorded, a record for the highest wind speed measured on the earth’s surface that stood for 76 years, until 1996 when Cyclone Olivia snatched the record away. The summit is also shrouded in fog an excess of 300 days a year.

Somewhere in that cloud is the summit.

Not far after we passed the 5 mile mark on the auto road, we were directed to a pull-out, the summit was completely fogged in and it was suggested we go no further. From past experience, I wasn’t going to argue. The first time fellow photographer Denise Ryan and I tried for a summit sunrise, we waited hopefully as the fog teased us with the possibility of clearing. It didn’t. As I recall, neither one of us pressed the shutter button that day. Lesson learned, if the summit is in the clouds, head down.

On this years adventure I was accompanied by John Vose of Jericho Hills Photography. John’s wildlife photography is outstanding, take a look when you get a chance.

Anyway, this year I was going to better last years photographs, plain and simple. Easy right? The first two images in last weeks Weekly Challenge post are from last years attempt at sunrise on the “Rock pile,” as Mt Washington is affectionately known. Shouldn’t be too hard to top those, just be on the mountain for sunrise, piece of cake.

Not so much as it turns out. Remember those 300+ days I mentioned, this was one of them. The clouds obscuring the sun to the east weren’t any help either.

To say I was disappointed would be an understatement, at least initially. The sunrise was a non event, with clouds off to the east all but blocking out the sun, add to that  not being able to get as high on the mountain as I would have liked, and almost all my enthusiasm was gone. My unrealistic expectations for coming away with photographs topping last years was in hindsight, foolish. I shouldn’t have even been trying to “top” last years photos, I should have concentrated on making this years. Looking at the images from this year, on their own, I’ve become pleased with the results. The sky may not be as dramatic as last year, but overall I think the the images are basically good.

In a first for me, I’ve actually included a person in one of my photographs. 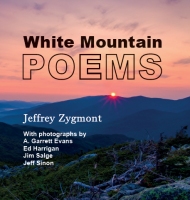