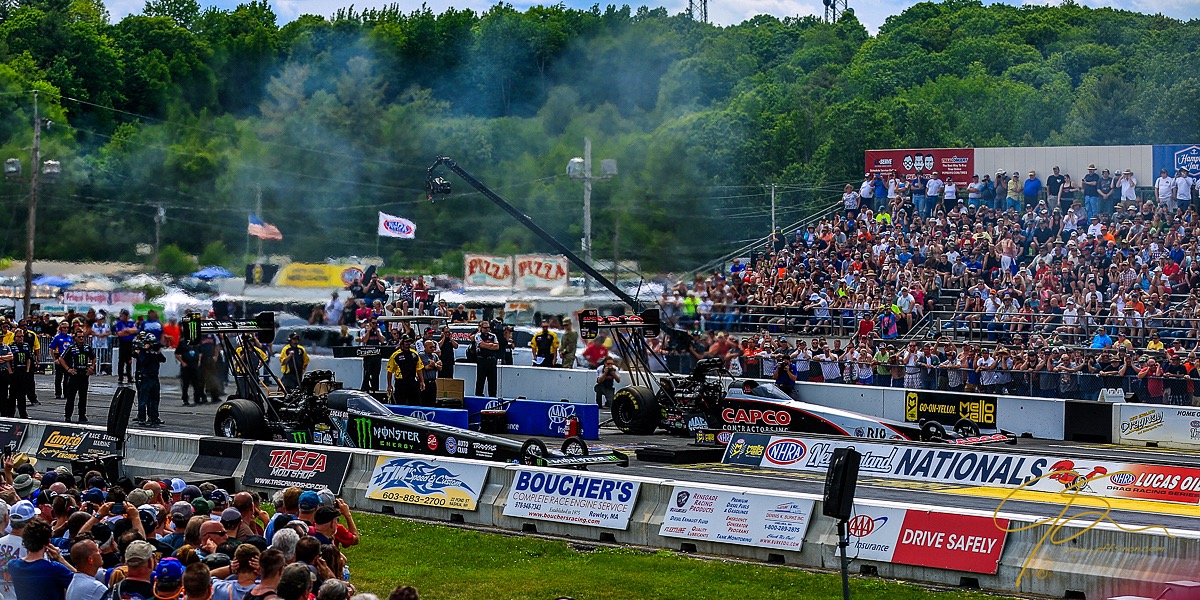 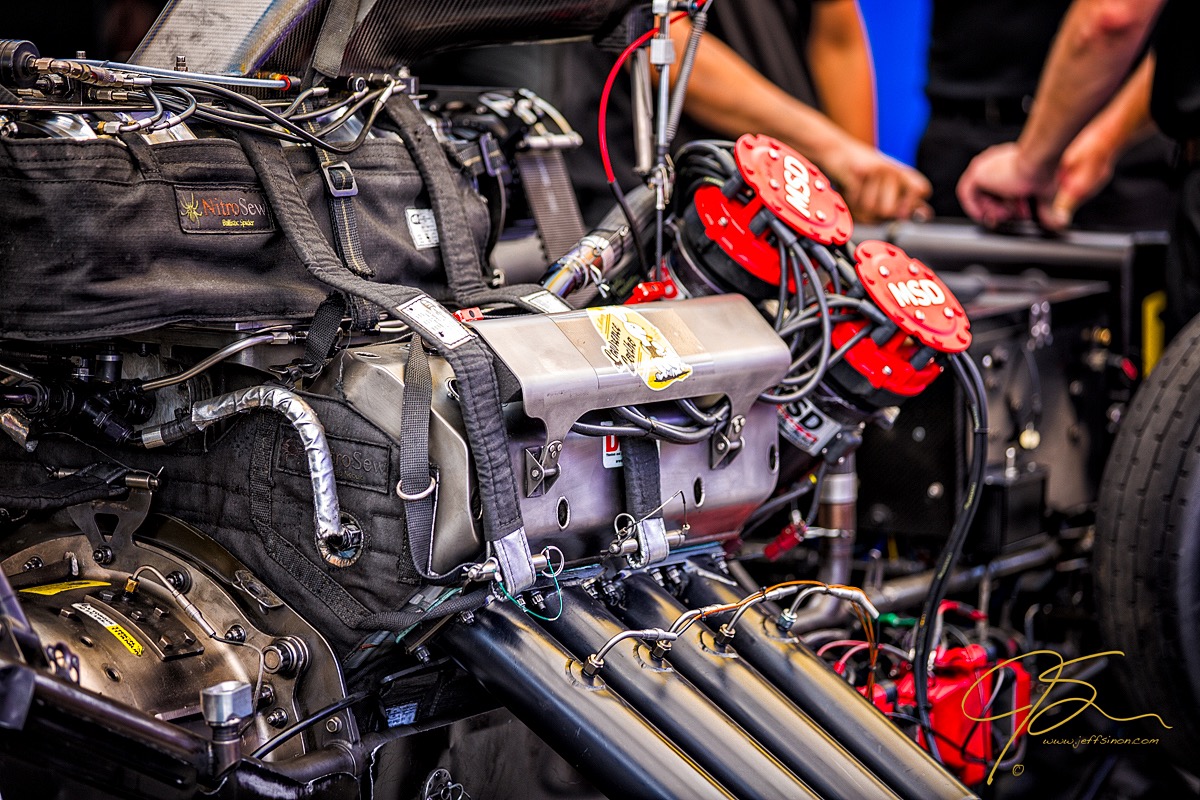 Thats the amount of horsepower put out by the engine in a top fuel car. During the course of each 1,000 foot,  run a top fuel car consumes roughly 22 gallons of nitro-methane fuel.

Each run is less than 4 seconds long. 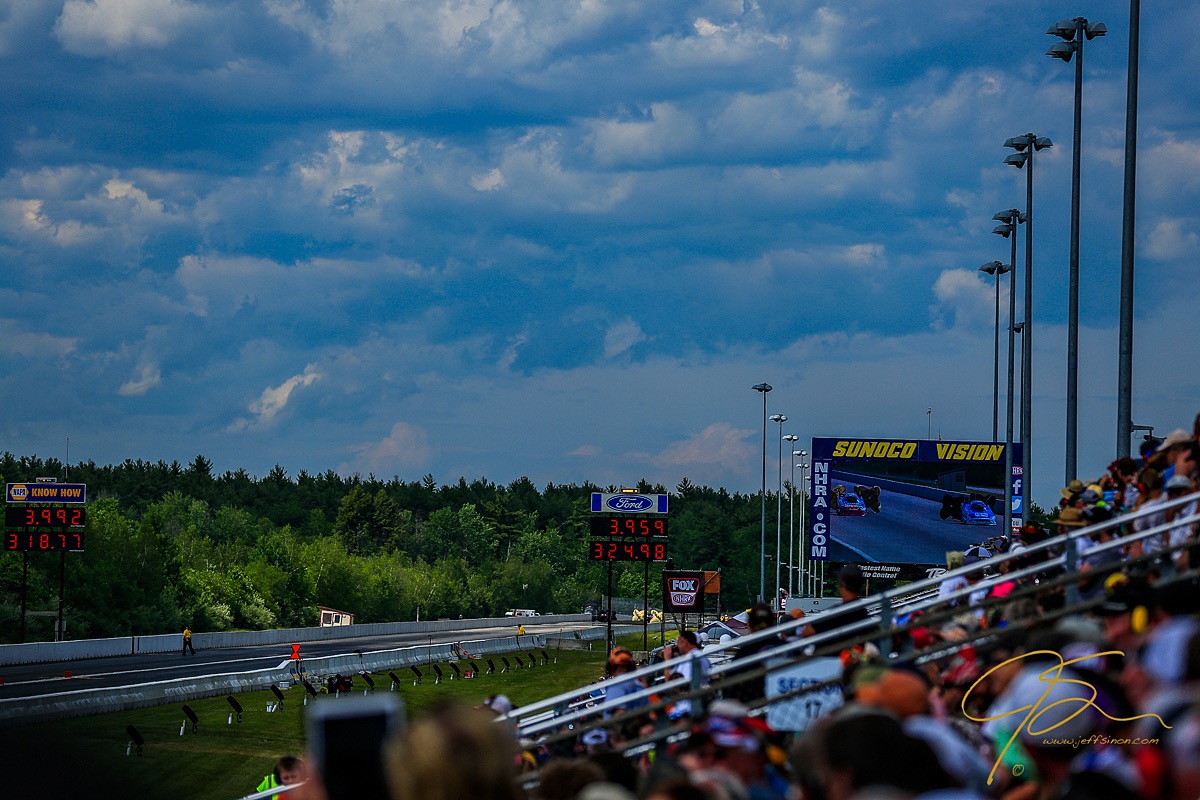 A top fuel car can go from zero to ever 330 MPH in as little as 3.7 seconds. Due to weather conditions, which can greatly affect the performance of these cars, those speed weren’t quite reached the day I was at the track. But they came close. 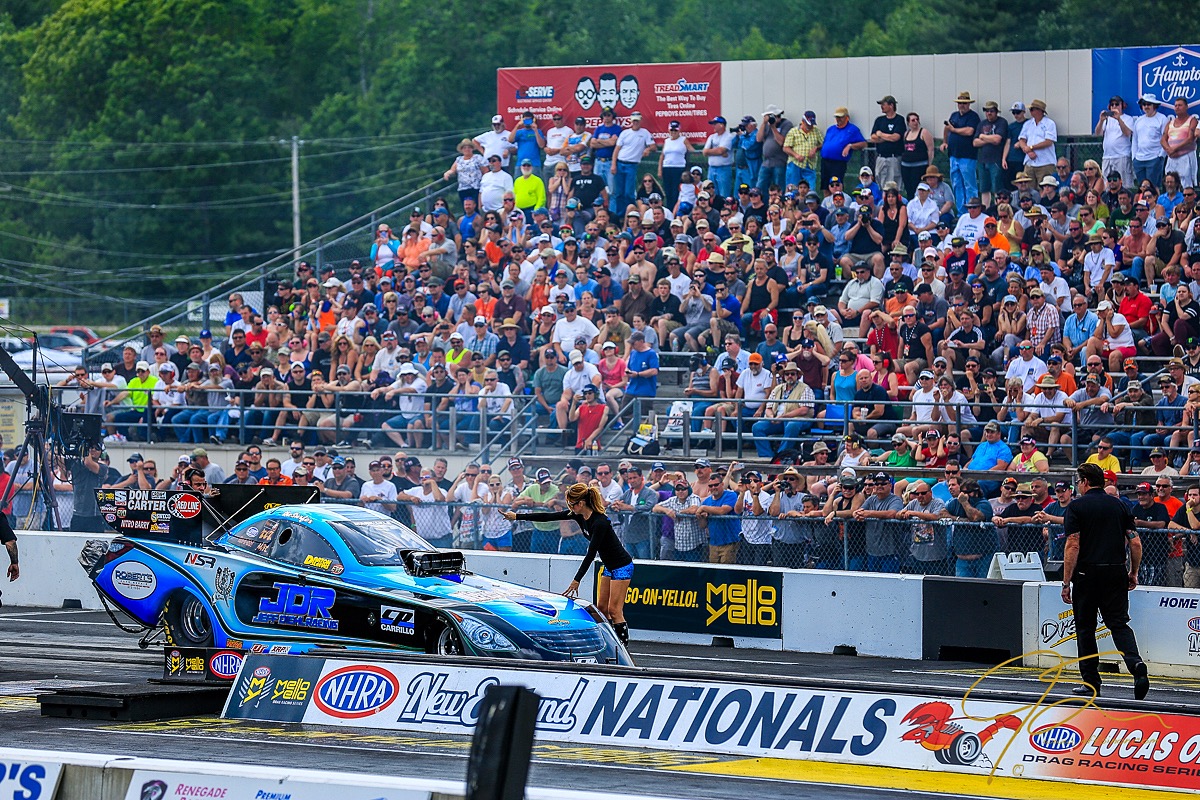 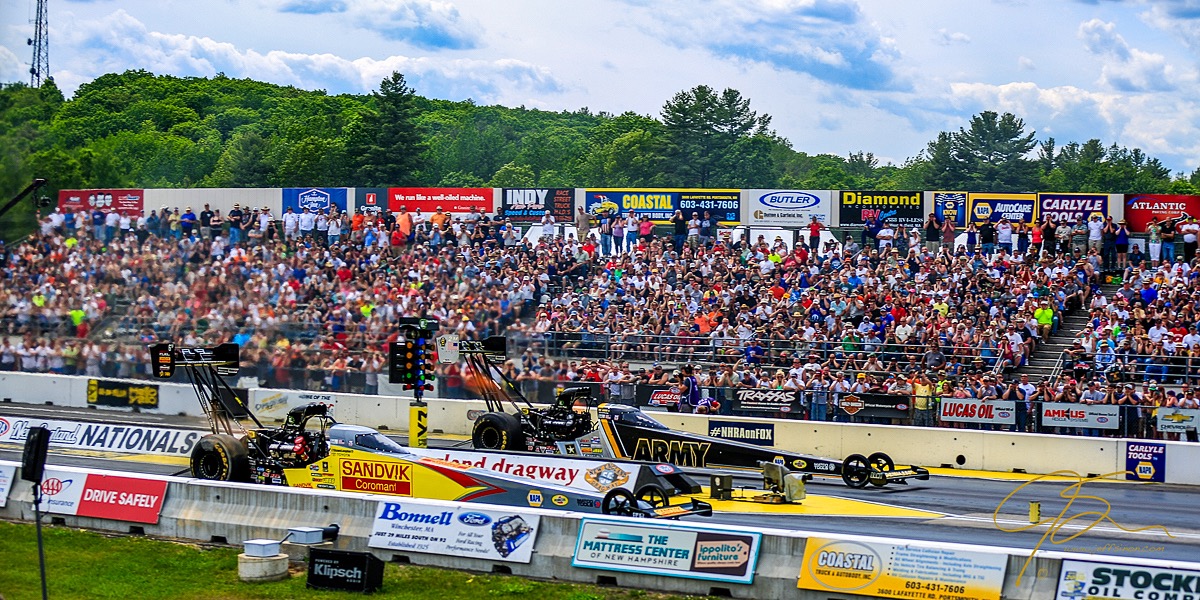 Both cars use the same monstrous engines, but the dragsters are slightly quicker due to aerodynamics and engine placement. The dragsters, having the engine behind the driver places more weight on the rear wheel providing better traction for the launch.

While there are a large number of people on a top fuel cars pit crew, it’s up to the driver to win the race. 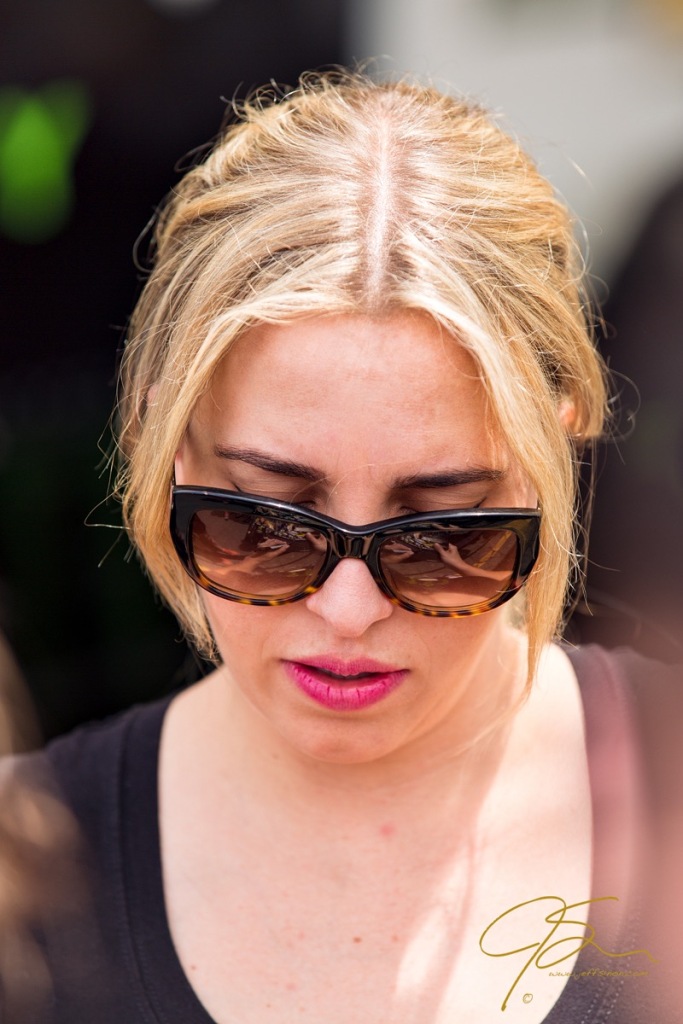 This is Brittany Force, she is one of those drivers.

Not who many of you would expect to see behind the wheel of one of these enormously powerful cars. You might be surprised just how many women drivers there are.

This is Brittany’s car.

(also seen leaving the starting line in the first photo) 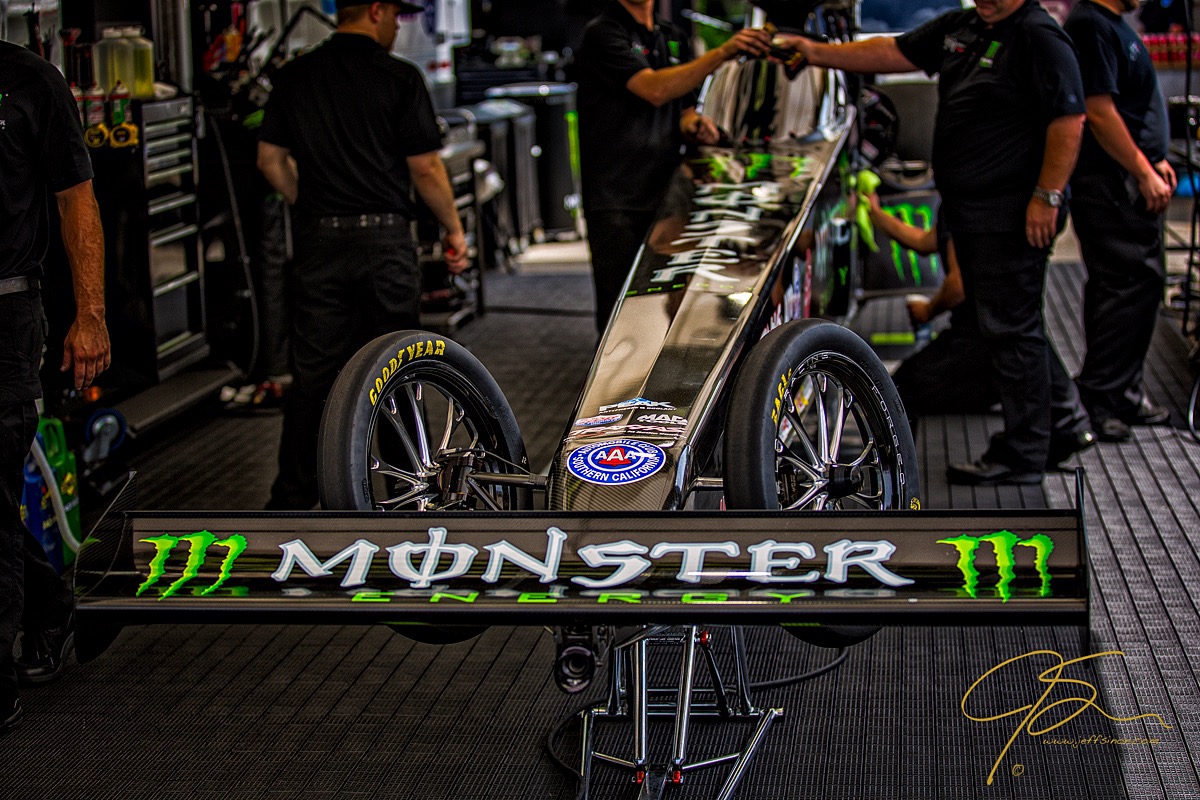