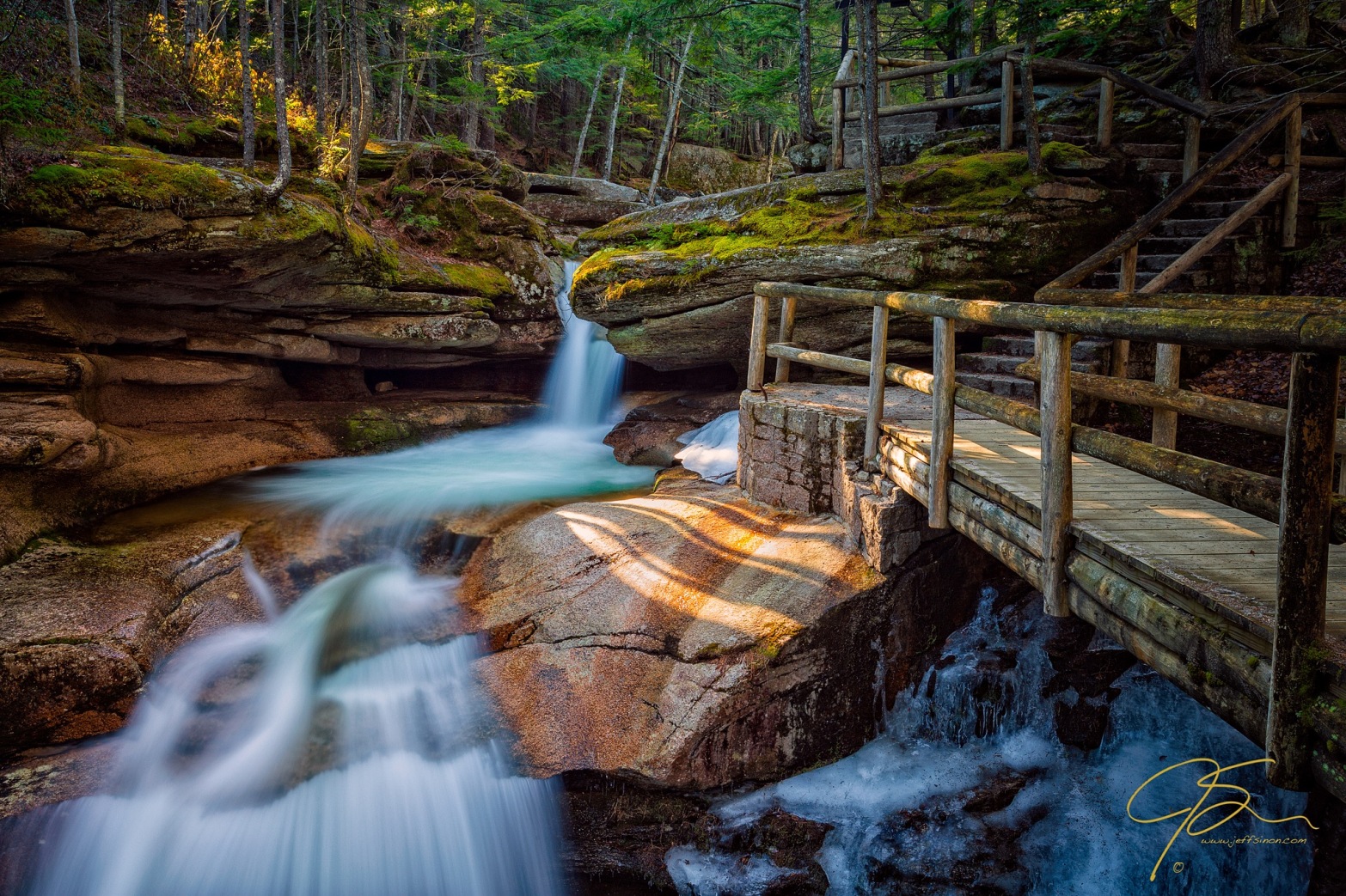 In my last article on waterfall photography, I shared the gear I use when I’m out photographing them.

Now I’m going to share some of the camera settings, and the thoughts behind those choices, I regularly use when photographing falling water.

I’m often asked what camera settings I use when taking waterfall photos. The truth is, there are too many variables for there to be one “magic” waterfall recipe of shutter speed, aperture, and ISO that will work in every situation on every waterfall.

That being the case, the answer I most often give is, “it depends.”

It depends on the ambient light.

It depends on how fast the water is flowing.

Heck, it depends on my mood that day and how I want to capture the waterfall at that particular time.

Aperture ~ Controlling the Depth of Field.

Aperture selection is probably the easiest choice I make when photographing a waterfall.

With few exceptions I’m searching for maximum depth of field(DOF). Therefore I most often use an aperture of between f/8 and f/16. Occasionally I’ll stop down further, as in the photo above taken at f/22, but for the most part the majority of my waterfall photos are in the f/8 to f/16 range.

This is also usually the aperture range where most lenses are at their sharpest, giving you the best image quality as well as the DOF you’re after.

Sometimes a shallow DOF works, especially when the waterfall isn’t the star of the photo.

Shutter Speed ~ Let The Water Be Your Guide.

The silky smooth appearance of the water seen in most waterfall photographs is the result of a combination of long exposure times and the movement of the water. So the first thing I need to decide is how much of that blur effect I want.

Generally speaking, the more powerful the waterfall the fast the shutter speed I’ll use. When the water is really raging I want to convey some of that power, while still blurring the water a bit*.

*Sorry, I’m not a fan of using fast enough shutter speeds to completely freeze the motion of the water, so you won’t see any images like that here.

If on the other hand  a waterfall has a light delicate flow, I might want a ghostly, more ethereal look. For this I’ll use a much longer exposure time, perhaps 10 seconds or longer(this often requires the use of neutral density filters to achieve).

It’s the last waterfall of the day. The light is getting low, but this particular waterfall is a powerful beauty. You want to capture some of that power by using a faster shutter speed.

So you set up you composition, set the aperture to f/16, but when you start dialing in the shutter speed, trying to get a good exposure, you see that’s only going to happen with a 15-20 second exposure(maybe longer if the light is really getting low).

Crank up the ISO, that’s what!

We are so conditioned to be terrified of the possibility that higher ISO will result in noise in our photos that we set the ISO dial to the lowest setting and forget it exists. Wrong answer.

Even todays entry level cameras are perfectly capable of excellent image quality at ISO 400, 800, 1600 and higher, don’t be afraid to use that to your advantage.

You can either walk away without the photo you want, or you can give that ISO dial a twist. You decide.