Reported to be “the most often painted building in America,” Motif #1 sits at the end of Bradley Wharf in Rockport, Massachusetts. Due to its popularity among painters and photographers alike, finding unique angles and compositions while photographing it can be a challenge.

Make it your own.

The most difficult part about photographing iconic locations will be making an image that isn’t like ever other image you’ve ever seen. Whether it be Motif #1 or any other often photographed locale, there are almost always one or two obvious compositions.

My suggestion is to avoid the obvious and look for the unique. When first arriving I like to start walking around, checking out the area for less obvious ways to include the subject in my photograph.

Sometimes creating a more unique image of a popular place can be accomplished simply by not featuring the main subject as prominently within the frame as you might initially be inclined to do. In the first photo, it being low tide I was able to climb down one of the ladders leading down to the docks and shoot at an upward angle from the base of the wharf. For the second photo, the rope coiled on top of a stack of lobster traps caught my eye, so I filled a considerable amount of the frame with it. Also, by focusing so close on the foreground the infamous red building was rendered slightly out of focus, but still very recognizable, in the background.

Below is another example where I avoided filling to frame with the building that draws photographers from all over New England. Still a photograph of Motif #1, but I think this tells more of a story about Rockport Harbor being an active fishing port, rather than simply being a picture of a photogenic old fishing shack. 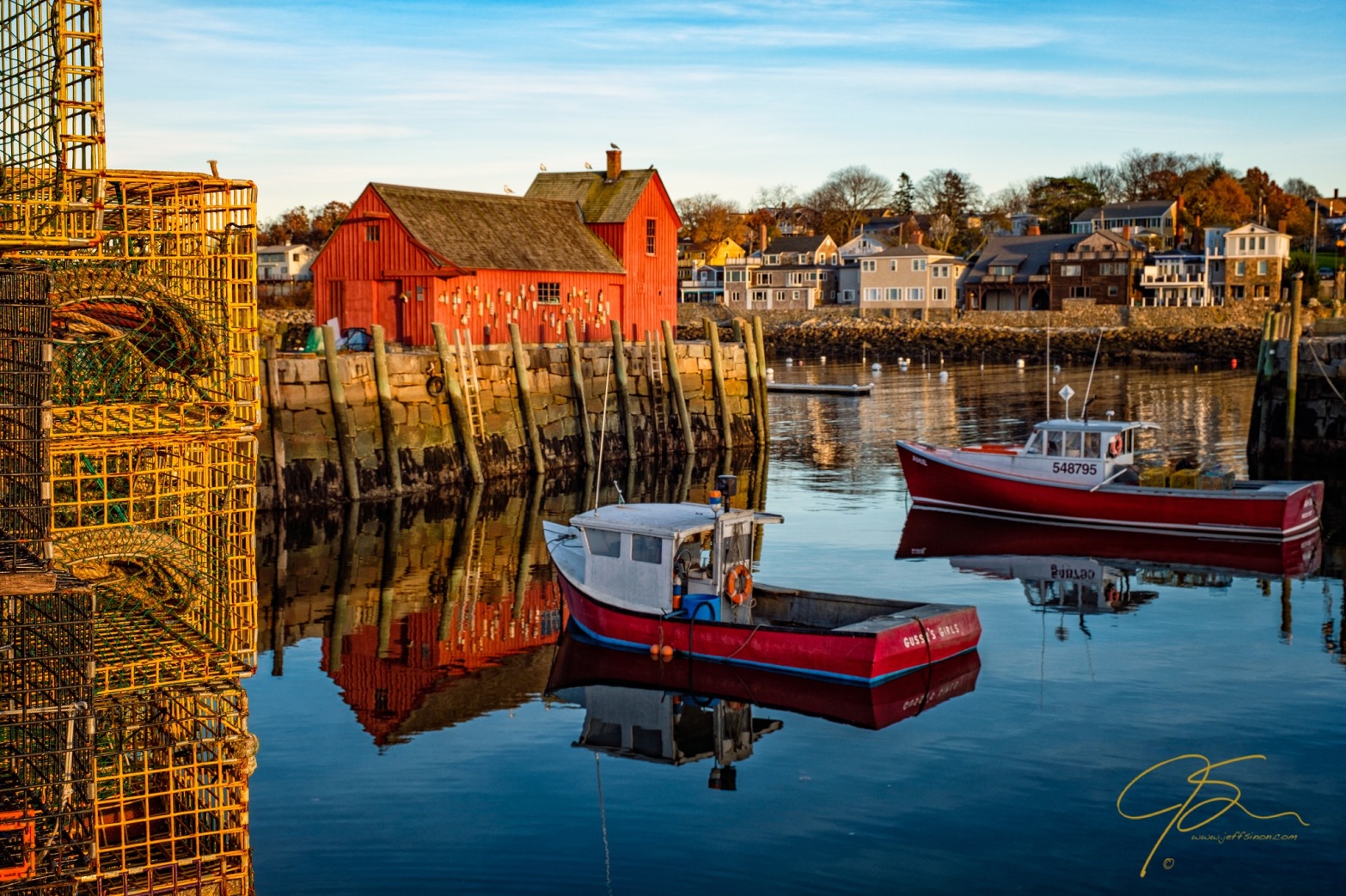 Clearly none of these photos is truly one of a kind. In fact while I was making the first photo my friend Tom was to my left taking in a similar low point of view. Then my friend Liz captured a shot almost identical to the last photo, the one with the yellow lobster traps.

The purpose of this post is to inspire you to put a little more thought into finding your photograph the next time you visit an iconic and often photographed location. Don’t just settle for the same photograph everyone else makes.

6 thoughts on “Exploring The Iconic.”